The federal minimum was raised most recently on July 24, 2009. At eight years ago, that seems to be a little too far gone to be of much help to the average American citizen in this economy of ever-increasing expenses.

While Congress is currently more focused on health care and tax reforms, and President Trump’s ever-conflicting and vacillating statements on the topic, leadership on this issue is unlikely to come from the upper levels directly. However, three out of every four American support an increase in the federal minimum wage. The economy is actually healthier than ever, and many employers are already taking action independently, raising their wages for their employees.

Let’s do some comparisons, looking at today’s federal minimum wage and an example from 1950.

In 1950, the Truman administration raised the minimum wage to 75 cents an hour. While this may seem miniscule, once this number is adjusted for inflation, an employee earning that salary in 1950 had more buying power than someone currently earning the federal minimum wage of $7.25 an hour.

This does not compute.

Part of the issue is that while the economy is healthier, that does mean that a wage discrepancy has also developed where, previously, it was not as much of a problem. A full-time job at the federal minimum wage amounts to just over $15,000 a year, which is still below the “poverty line”, and that’s total gross income. Taxes and things of that nature reduce that number still further, by the time the earner takes home their check. This means that an employee only earning that federal minimum wage in their full-time position either needs to take on more work (with what time?), or apply for any number of assistance programs to attempt to make ends meet. Many employees who technically have a full-time job still end up at a soup kitchen, just to be able to get through the month.

The reality is that minimum wage is supposed to be a guideline, but not the be-all and end-all of the wage system. The concept that seems to be getting lost in translation is that:

If employers take care of their employees, the employees will be comfortable in their position, and be able and willing to take better care of the customers.

This translates directly to increased productivity and profitability.

While many states have taken steps, on their own, to provide a better environment for employees by raising the state minimum to a level above the federal minimum wage, there is still a discrepancy in the system. Higher wages should not have to depend on the generosity of the employer or the with-it-ness of the state legislature. The federal government needs to read the writing on the wall, and step up to the plate for this nation’s citizens.

For a more in-depth look, and an insider’s perspective, check out this Time magazine article. 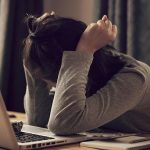 Too Much Side Work? Am I Working for Free?Employment Law, Featured, Wage Law 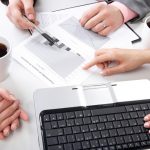