Too Much Side Work? Am I Working for Free?

This article was originally posted by Drew N. Herrmann for the Bitchy Waiter.

A server’s Duties before, during, and after work

Warning, you should not work for free (or almost free)! It may seem preposterous to think that a business could inspire you to work for nothing, yet free work has become commonplace in the service industry – particularly for waiters and waitresses. How? In basic terms, free work arises when a restaurant requires its tipped employees (waiters and waitresses) to perform the dreaded “side-work.”

They Regularly perform an excessive amount of “side work” without compensation or perform side work for the paltry rate of $2.13 an hour rather than full minimum wage. However, performing too much side work may be illegal. Therefore, it is important to understand how much is too much regarding performing “side work”, and other non-tipped duties.

How about we start by presenting the well-known, dreaded concept of “side work” better described as those mundane tasks waiters and waitresses are forced to perform. A few examples of side work duties that many servers have been required to perform before, during, or after their shift, include roll ups (i.e. rolling up silverware in sometimes not so easy shapes like an oyster fold), re-setting tables, refiling salt and pepper shakers, lighting or extinguishing tea candles (i.e. the teeny tiny stubborn candles), refilling ice, and restocking any empty product located within the restaurant. While it may seem like “side work” is only a minor part of the workday, should you really be performing a significant amount of time on these non-tip-producing duties.

The most frequent issue that arises is as follows:

if a “tipped employee” is performing two jobs, one job that customarily and regularly produces tips and one that does not, that tipped employee is employed in dual occupations or “dual jobs”, and a tip credit may not be taken for any hours that employee spent in the non-tip producing job.

What the Law Says

For example, a waiter or waitresses is considered a tipped employee, but may spend part of their time performing “side work”, such as cleaning and setting tables, toasting bread, making coffee and occasionally washing dishes. In this situation, the employer can apply a tip credit towards the time the tipped employee was performing “side work” (i.e. duties related to a tipped occupation), even though such duties are not directly tip producing. However, if an employee is required to work a sizable portion on the clock performing “side work” or other non-tipped tasks, the employer may not be able to take a tip credit for the time spent on “side work” or other non-tipped tasks.

The next logical question is how much side-work is too much?

In sum, the applicable statutes and regulations outline distinct categories of duties regarding tipped employees, which have been interpreted by courts to include:

If you have any questions about your wages, including unpaid wages, unpaid overtime, salary exempt status, tip pools, or unpaid gratuities, call the employment lawyers at Herrmann Law to discuss your case 817-479-9229 or submit your employment law claim online and someone will contact you. 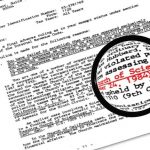 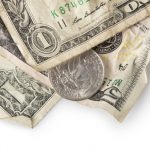