In September 2018, the California Labor Commissioner’s Office fined six contractors a total of $573,704 for violations of wage laws after learning about a scheme in which contractors operated illegally under one license to avoid being required to comply with California wage laws. Indicative of many violations of wage laws, workers usually initiate wage claims because they are not receiving fair compensation.

How the Wage Law Violations Arose

After a tip was received by the California Labor Commission in the summer of 2018, it was found that numerous workers at the Pure Cotton Incorporated site had been subject to violation of wage laws and other labor law violations. Many workers worked up to 65 hours a week for less than minimum wage and were not receiving overtime. Two workers were also discovered operating industrial sewing machines, which violated the state’s child labor laws. When it was discovered that Pure Cotton had no employees, the brother-in-law of Pure Cotton’s owner claimed that he was the one who retained all of the workers. Further investigation revealed that four other garment workers were operating in the building without a license. The company was charged a fee for the use of license and insurance coverage and for the concealment of the workers. The Labor Commissioner later cited these six contractors with fines between $500 and $240,300.

Each year, there are numerous cases of wage theft in the garment industry. In 2016, the United States Department of Labor investigated 77 Los Angeles garment factories and discovered that workers received approximately $7 an hour for 10-hour days creating clothes that were sent to numerous national retailers including Forever 21 and TJ Maxx. While contractors who make garments are often fined, retailers are frequently able to escape any legal repercussions for the contractors’ violations of wage laws. Additionally, enforcement priorities focus on punishing wage theft instead of adequately compensating garment workers.

Workers in these situations are often left to pursue claims under the Garment Worker Protection Act or AB 633. In accordance with this law, garment workers who are not adequately compensated are able to file claims against the contractor that terminated their position. Fortunately, workers are able to file these claims regardless of what their work authorization is. There is also not any requirement for a Social Security number or photo identification to obtain payment. Despite this, the process of filing a claim can be particularly difficult.

Speak with an Wage Attorney Today

If you believe that your employer committed a violation of wage laws, or if you have not received adequate wages, including overtime pay, you should not hesitate to speak with an experienced wage and hour lawyer who can make certain that your case resolves in the best possible manner. Contact a wage attorney at Herrmann Law today to schedule an initial case evaluation, during which time we will discuss your various available options to pursue legal action against your employer. Call our office: 817-479-9229 or fill out our online questionnaire, and someone from our office will contact you. 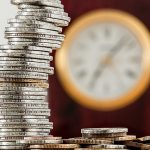 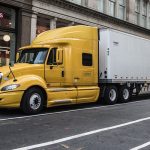