A group of pizza delivery drivers at Pat’s Select pizzerias in New Jersey recently announced plans to pursue a class action lawsuit against the pizza company on the basis of a claim that the pizzeria is not adequately compensating immigrant workers. More specifically, the lawsuit claims that the pizzeria owners did not provide delivery drivers or kitchen staff with federally required minimum wages and overtime compensation.

The lawsuit was filed against five Pat’s Select pizzerias located in Maryland and Pennsylvania. The legal action was brought by 150 delivery drivers and 100 kitchen workers who were employed at the company within the last three years. One of the delivery drivers claims that he was paid approximately $6.55 an hour plus tips, but was not informed about minimum wage requirements and was paid below this amount.

The worker also claims that the restaurant failed to compensate him for expenses including uniforms and car use. Other workers claim that they were not paid minimum wage while others claim that they worked 60 hours or more a week without being compensated with federally required time and a half pay. The lawsuit claims that the restaurant chain’s pay scheme was intentional, willful, and that the company engaged in it to avoid paying minimum wage. The defendants have responded by denying most of the claims that were raised and moving to dismiss some of the businesses name in the lawsuit.

The Importance of Minimum Wage Lawyers

In accordance with federal law, workers who receive tips are required to receive at least $2.13 an hour. If the tip amount that a worker receives exceeds or is equal to $7.25 an hour, the employee will keep both the tips as well as the $2.13. In situations in which a worker’s tips for the day do not equal $7.25, the employer is required to make up the difference.

In accordance with regulations under the Fair Labor Standards Act, any employer who violates minimum wage laws can end up being required to pay both the shortfall and liquidated damages. It is important to understand that for the purpose of the fines, an employer can include a supervisor or high-ranking executive as well as directors and officers.

Speak with a Knowledgeable Wage and Hour Lawyer

Even though federal laws exist to make sure that qualified workers are paid a minimum wage, there are still a number of employers that violate these laws each year. If you are a worker who has been subject to minimum wage violations, do not hesitate to speak with an experienced attorney at Herrmann Law today. 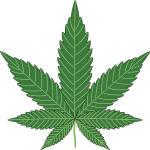 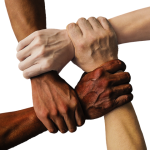 Are You an Independent Contractor?Employment Law, Overtime Law, Wage Law
CONTACT US