Earlier in December, the marijuana retailer MedMen became subject to a class action lawsuit from former MedMen workers who claim that company has violated a number of labor law regulations. Some of the regulations that MedMen is claimed to have violated include failure to pay workers minimum wage for work that was performed off the clock, failure to compensate workers for the full amount of time worked, failure to provide required meal and rest breaks, and failure to maintain accurate details about the hours that employees worked. The attorney who initiated the case has commented that while there are currently only two people who have joined the lawsuit as plaintiffs, hundreds and even potentially thousands of other MedMen workers could join the case.

Unfortunately, statistics reveal that employers in a number of different industries frequently commit overtime violations as proscribed by the Fair Labor Standards Act. One study even found that workers in the United States lose approximately $15 billion in wage theft each year. If you are a worker whose rights have been violated, speak with an experienced attorney right away.

Federal law requires all qualified workers to be compensated for the time that they work. Additionally, employers are required to compensate workers for each hour that is worked over 40 hours each week at overtime rate of one-and-one-half times the regular rate. For the purposes of reaching 40 hours a week, it does not matter how many hours a person works in a certain day. Several states also have daily overtime standards, which means that qualified workers are able to receive overtime pay for every hour beyond eight that is worked in the course of a day.

Unfortunately, despite wage and hour regulations, there are a number of ways that employers violate federal overtime laws, which include the following:

If you are a worker who believes that you are victim of an overtime violation, you should not hesitate to speak with an experienced wage and hour attorney. Contact Herrmann Law today to schedule an initial case evaluation by calling our office: 817-479-9229 or filling out our online questionnaire, and someone from our office will contact you. 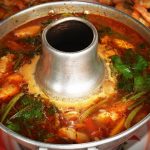 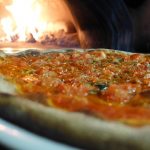