Restaurant Forced to Pay Back Wages

How the Violations at the Restaurant Occurred

According to the United States Department of Labor, investigators have determined that the employers paid several types of workers at the restaurant including cooks, dishwashers, and food prep workers flat salaries without consideration of the actual number of hours that were worked.

Former workers at the restaurant were required to work 60 hours a week and earned less than the federal minimum wage of $7.25 an hour. Additionally, overtime is reported to not have been paid to employees who worked more than 40 hours a week, and that employers failed to keep adequate records of what hours each employee worked.

Response to the Case

In response to the case, the Wage and Hour Division of the United States Department of Labor (DOL) stated that this incident should serve as a reminder that employers are responsible for paying their employees all of the wages that they have earned.

Meanwhile, the restaurant is reportedly under new management, which has stated that the previous owners are no longer involved with the operation of the business.

As this story demonstrates, there are a number of ways that employers fail to adequately compensate employees. Some of the most common of these violations include:

There are a number of different ways in which employers violate federal wage and overtime laws. If you are a worker who has questions about your compensation, you should contact Herrmann Law today to schedule an initial case evaluation by calling our office: 817-479-9229 or filling out our online questionnaire, and someone from our office will contact you. 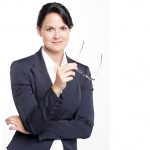 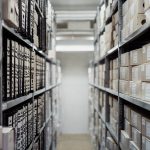