All employees have a right to be paid for the work they do and are entitled to the protections of all state and federal labor laws. For example, employers must pay the prevailing minimum wage, must pay overtime when required and must pay the correct overtime rate. If you think that your employer is violating your rights as an employee, you should contact a worker’s rights attorney like the employment attorneys at Herrmann Law.

Sometimes, employers try to defend their violations of an employee’s rights by asserting what is called a “good faith” defense. As an example, an employer might claim that it was “just a mistake” when it failed to abide by a given labor law or that its unlawful actions were taken in compliance with some letter or ruling provided by an official at the local or state Department of Labor. Fortunately for employees, most states interpret any sort of “good faith” defense very narrowly and most employers do not get away with asserting the defense.

As a case in point, the New Jersey Supreme Court recently struck down an employer’s effort to escape liability for wage and hour violations by claiming “good faith.” See Branch v. Cream-O-Land Dairy, Case Nos. A-29 September Term 2019, 083379 (N.J. Sup. Court, January 13, 2021). The employee in that case — plaintiff Elmer Branch — was a truck driver for the Cream-O-Land Dairy. Branch sued his employer for failing to pay overtime wages pursuant to the New Jersey Wage and Hour Law.

In New Jersey, if an employee works beyond more than 40 hours in a week, for each hour beyond 40, employers must pay time and a half based on the employee’s rate of pay. However, New Jersey has an exception for “trucking industry employers.” Employers in the trucking industry must pay overtime, but based on the minimum wage, not the employee’s rate of pay. In the Branch case, Cream-O-Land Dairy paid overtime based on the New Jersey minimum wage. However, Branch and other truck drivers for the dairy company disagreed. They argued that Cream-O-Land Dairy was not in the “trucking industry” even though the work done by Branch and the other employee was driving trucks.

Branch and the other drivers sued claiming that the dairy company failed to pay the proper overtime.

The dairy company defended the case by asserting that it should not be liable because it acted in “good faith.” The company had received three different favorable “administrative decisions” from officials at the New Jersey Department of Labor and Workforce Development (the “Department”) in connection with several audits conducted by the Department. One decision came from a Department hearing and review officer, another came from a senior investigator and another came from a Department section chief. The employer also cited an Opinion Letter provided by the Director of the Division of Wage and Hour Compliance. In each decision and in the Opinion Letter, the Department reviewed and approved the dairy company’s payment of overtime to its drivers based on the “trucking industry” exception.

In the Branch case, at the trial level, the judge agreed with the employer and dismissed the lawsuit. The trial court did not make its own evaluation of whether the dairy company met the definition of a business in the “trucking industry.” In dismissing the case, the court relied on the four determinations that Cream-O-Land Dairy had received from the Department.

However, in good news for Branch and his fellow drivers, both the New Jersey appellate court and the New Jersey Supreme Court disagreed with the trial court. According to the court’s opinion, any “good faith” defense must be narrowly and strictly interpreted. In this case, the court held that the employer had NOT satisfied the standard. All of the Department determinations relied on by the employer came from lower level officials at the Department of Labor. As such, they were not “official” determinations that the dairy company was in the “trucking industry” and thus entitled to pay overtime based on the minimum wage. The employer could not in “good faith” rely on these determinations from lower level Department officials. The case was returned to the trial court for the court’s evaluation of whether the dairy company complied with New Jersey wage and hour laws.

For more information, call the Employee Rights attorneys at Herrmann Law. If you think that your employer has engaged in violations of your rights as an employee, call us. We are proven, experienced, employee-focused attorneys representing workers across the United States in all types of workplace disputes. Use our Online Contact page or call us at 817-479-9229. 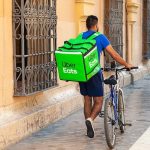 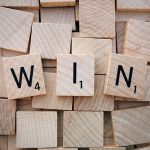