Employers try to misclassify gig workers as independent contractors to avoid compliance with wage and overtime laws. However, all across the country, gig workers are being protected more and more by courts and state laws. This is good news. For years, employers have been illegally misclassifying gig workers as independent contractors to avoid paying minimum wage, overtime and providing other benefits and rights that are owed to employees. Gig workers, for example, cannot claim unemployment if they stop receiving work assignments or receive workers compensation benefits if they are injured on the job. If you are a gig worker, consult experienced and proven employee rights attorneys like the ones at Herrmann Law. Your employer may be significantly underpaying you and violating the full panoply of rights guaranteed to you by state and federal labor laws by misclassifying you as an “independent contractor” when in reality you are legally an “employee.”

The case was brought by Paradise Hogan who worked as a “vendor associate” for a company called InStore Group, LLC (“InStore”). InStore provides contractual services to retail stores and manufacturers for tasks like counting and correcting inventory, product order entries, product demonstrations, building and assembling store displays and placing racks. InStore provides labor for these tasks through gig workers called “vendor associates.” InStore classifies its vendor associates as independent contractors and pays them as such.

As should be clear from the facts listed above, InStore failed this test. While facts related to the first prong of the test were debatable, the second two were not. Hogan’s work was part of the “usual course of the business” for InStore. Further, the work done by Hogan was not in an “independently established trade.” InStore failed two prongs of the ABC test and, as such, Hogan should have been classified as an “employee.”

The case will move forward with Hogan having an opportunity to prove his damages. Those could be substantial for Hogan. As an example, in a related case before the same judge, a fellow vendor associate estimated her lost wages and benefits under Massachusetts law were greater than $25,000. She calculated her lost wages to be about $4,700 and lost reimbursements to be about $3,600. Under Massachusetts labor statutes, workers who prove violation of their rights are entitled to mandatory treble damages. See Cherelli v. The InStore Group, LLC., Civil Action No. 18-10717 (US Dist. Mass. January 11, 2021).

As these cases demonstrate, being misclassified by your employer could be costing you a lot of money.

For more information, call the Employee Rights attorneys at Herrmann Law. If you think that your employer has been misclassifying you or has engaged in other violations of your rights as an employee, call us. We are proven, experienced, employee-focused attorneys representing workers across the United States in all types of workplace disputes. Use our Online Contact page or call us at (817) 479-9229. 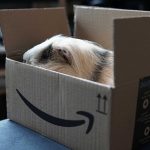 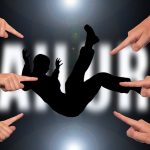