One common way that employers short-change their workers is by misclassifying them as an “independent contractor” rather than as an “employee.” Employers do this to avoid paying overtime, minimum wages, and to avoid providing workers with their other rights (like unemployment and worker’s compensation benefits). Misclassifying workers as independent contractors is a form of wage theft, is unlawful and, as one Florida company recently learned, employers can be severely punished under federal and state labor laws for the practice.

If you think your employer has misclassified you as an “independent contractor,” call us. We can help you vindicate your rights as an employee and we might be able to recover significant money damages for you.

The case in point is Mason v. Pathfinders for Independence, Inc., Case No. 8:19-cv-307 (US Federal Dist. Court, M.D. Florida April 12, 2022) involving a health care worker named Janet Mason. She worked providing in-home healthcare and companion services for the elderly and also did physical therapy work for adults with disabilities. She worked for her employer for more than three years and was classified as an “independent contractor.” Mason sued her employer claiming that she was actually an “employee” and that, as a result, she was entitled to overtime pay and other benefits. Mason provided evidence in her lawsuit that she often and routinely worked over 80 hours a week since she often provided around-the-clock healthcare for the clients.

What Makes an Independent Contractor an “Employee”?

When courts examine whether a worker is misclassified as an independent contractor, the courts use a test that has between six and eight factors. No single factor is deemed the “most significant” but might be weighed slightly differently from case to case. In Mason’s case, the court was based in Florida and used a six-part test to determine employee or independent contractor status:

The judge evaluated the facts  and determined that five of the six factors weighed in favor of finding Mason was misclassified as an independent contractor and was legally an “employee.” The employer exercised substantial control over how and when Mason did her duties, Mason did not exercise any sort of managerial skills and did not have an opportunity to make profit or loss for herself, Mason’s skill were not independently learned but were based on her employer’s training programs, Mason worked only for her employer for three-and-a-half-year tenure which demonstrated “permanency” and, finally, the work done by Mason was “an integral part” of her employer’s business model. All of these facts weighed in favor of finding “employee” status and not an independent contractor.

For more information, call the Employee Rights attorneys at Herrmann Law. If you think that your employer has violated your rights as an employee, call us. We are proven, experienced, employee-focused attorneys representing workers across the United States in all types of workplace disputes. Use our Online Contact page or call us at (817) 479-9229. We are more than just a law firm for employees – we are an employee’s fiercest advocate, equipping employees with the legal representation needed to achieve the best result possible. 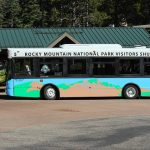 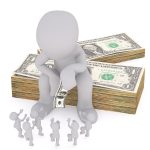