What is the ABC Test for Worker Misclassification?

Over the last decade or so, courts and legislatures across the country have been adopting a more rigorous test to identify when workers can be lawfully classified as independent contractors instead of employees. The test is called the ABC test.

Worker Misclassification is wrong and it is illegal. Regardless of the employer’s intentions, worker misclassification illegally strips workers of their rights. If you think your employer has misclassified you, it is time to contact worker’s rights lawyers like the ones here at Herrmann Law. We fight to hold employers liable for their misconduct. Wrongfully misclassifying workers can result in an employer being ordered to pay money damages to workers and to pay civil fines and penalties.

The ABC test is being increasingly adopted for all purposes to combat this immense problem. The ABC test typically involves three factors. In order to lawfully classify a worker as an “independent contractor,” all THREE parts of the test must be met. The three factors are:

This is the most worker-protective version of the ABC test and this is the one adopted in California in 2018 via a court decision and, then, by the California State Assembly in 2019.

Other states have also adopted the ABC test, but sometimes the test is easier for employers to satisfy. For example, in New Jersey, the second factor can be satisfied if the work done is either outside the usual course of the business for the employer or if the work is conducted outside the business premises. Some states — like Oklahoma and Montana — use a weaker version of the ABC test by allowing a worker to be classified as an independent contractor if the first factor is satisfied along with one of the others.

If you think that your employer has been misclassifying you as an independent contractor, or if you think your employer has engaged in other violations of your rights as an employee, call the Employee Rights attorneys at Herrmann Law. We are proven, experienced, employee-focused attorneys representing workers across the United States in all types of workplace disputes. Use our Online Contact page or call us at (817) 479-9229. 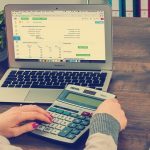 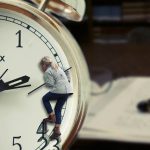