Wage theft is prohibited by federal law and several states have enacted additional state laws that are designed to further prevent and stop wage theft.

Earlier this year, the State of Virginia amended its labor code to give real teeth to its wage theft law. Prior to the amendments, wage theft by employers in Virginia was prosecuted by state labor agencies and recovery was limited to the stolen wages and prejudgment interest. The old version of the law failed to punish employers that did not properly pay wages that were due. As such, Virginia employees were often victimized and without proper recourse to recover their wrongfully withheld wages.

Under the amended wage theft law in Virginia, signed in April 2020, Virginia employers now have reason to fear substantial legal and financial consequences for stealing wages. Among the most significant changes are these:

In addition, the Virginia labor agencies have been given expanded powers. Previously, the labor agencies were limited to investigating individual complaints that were filed by workers. Now, investigations can be expanded beyond an individual worker to suspected wage theft violations with respect to any and all employees at a given workplace. The labor regulators can expand an investigation where evidence is uncovered that creates a “reasonable belief” that wage theft is more widespread than just the reported incident described in the complaint. Furthermore, the investigation can be expanded both to other employees in the workplace and to other potential labor violations concerning the worker who filed the initiating complaint.

Finally, the new law enhances potential criminal penalties for wage theft where the theft was done “willfully and with the intent to defraud.” This is a higher standard than “knowingly.” Employers who intentionally steal wages can be found guilty of a misdemeanor (for amounts less than $10,000) and for a felony (for amounts higher than $10,000). A misdemeanor conviction carries a potential jail term of up to 12 months; a felony conviction can result in a jail term of more than a year. The new law does create a new exception for potential criminal liability where the failure to pay wages is based on a legitimate legal dispute between the employer and the worker.

For more information, call the Employee Rights attorneys at Herrmann law. We are proven, experienced, employee-focused attorneys representing workers across the United States in all types of workplace disputes. Use our Online Contact page or call us at (817) 479-9229. 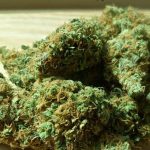 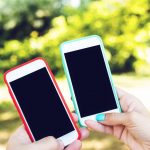