Each year millions of workers throughout the county are victims of wage theft. To combat wage theft, several states have passed legislation that supplement federal law to strengthen workers’ rights and prevent wage theft. Most recently, the states of Colorado and Minnesota passed legislation that will create harsh criminal penalties for employers who fail to pay employees proper wages. In order to ensure you are not a victim of wage theft, it is critical for all employees, including waiters and waitresses, to understand these efforts to combat wage theft as well as how to spot common signs that your employer is stealing wages from you.

Under the new laws, nonpayments of wages is classified as a felony when the amount of wages stolen is greater $2,000. The exact penalties that an employer can expect to pay vary based on the amount involved:

These changes were reported by a study that found that parties who commit human trafficking often commit other crimes like wage theft. The Colorado General Assembly also found that wage theft costs the country hundreds of millions of dollars.

Two weeks after Colorado signed this bill, Minnesota passed an even stricter bill that enforces felony penalties for parties who commit wage theft. Under this legislation, wage theft includes any offense that is taken with the intent to defraud, which includes:

Minnesota also created a series of elevated penalties similar to those implemented by Colorado.

Quick Tips for Victims of Wage Theft in Restaurants

Receiving payment for work performed is a vital part of an employee’s contract with an employer. Payment provides necessary financial support to workers and their families, which is why wage theft is inexcusable in any form.

If you are a worker that has questions about your wages or the laws that protect workers’ wages, you should not hesitate to speak with one of our knowledgeable wage attorneys. Contact Herrmann Law today to schedule an initial consultation. Call us at 817-479-9229 or submit your case online (here) and we will contact you. 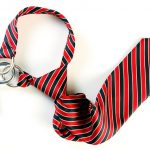 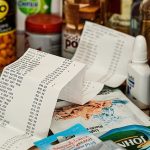 As Living Costs Rise Will Restaurants be Forced to Increase Wages?Wage Law
CONTACT US