Under the Obama administration, the minimum salary threshold for salary exempt employees increased to $47,476. However, the increase was short-lived when a Court overruled the Obama- rule in December of 2016. Since that time, the salary threshold has remained at a paltry $23,660.

Recently (in early 2019) the United States Department of Labor proposed increasing the salary threshold to $35,308 – with the comment period for the DOL’s proposed rule closing on May 21, 2019. If enacted, this increase is expected to impact more than 1 million workers in the United States who will become eligible for overtime pay.

All workers are entitled to overtime at a rate of time-and-one-half for all hours over forty (40) unless the employer can show that a workers is exempt from overtime, for instance by showing that the worker is paid 1) a salary of $35,308; and  2) performs specific duties that qualify the employer to classify the worker as exempt.

Under the Federal Labor Standards Act your employer must prove that you perform certain job duties that allows your employer to avoid paying you federally required overtime compensation. Under current federal law, workers with a salary below $455 a week or $23,660 must be paid overtime if they work more than 40 hours a week and perform certain job duties as a 1) Executive; 2) Administrative; or 3) Professional.

Workers who earn more than this amount, who are paid on a salary basis, and perform the very specific job duties set forth under federal law, are exempt from overtime compensation.

What the New Overtime Salary Exemption will Change

The new overtime proposal will alter the 2016 overtime regulations by the United States Department of Labor, and includes:

This decision follows in the footsteps of an aborted Obama administration proposal to increase the salary threshold to $47,476.

What Changes Means for Food Service and Restaurant Workers

While these changes will are not immediately effective, now is an excellent time for restaurant workers to compare their current salary with the proposed $35,308 salary threshold to determine if they would likely be affected by this change. Also, workers should take the time to review their job duties to ensure that they actually perform the necessary job duties that would allow their employer to avoid paying them overtime.

Among the top five industries that will gain overtime eligibility include accommodation and food service workers as well as workers in the educational services, arts and entertainment, wholesale trade, and retail industries. Restaurant workers who are most-likely to be affected by this change include restaurant managers as well as assistant managers. However, restaurants are notorious for giving workers a title as “manager” or “assistant manager” and then illegally paying these workers a salary under the auspices that the worker is “salary-exempt.”

Approximately 3.6% of workers who are employed by small businesses with less than 49 employees will be affected by this change in overtime law.

Workers in Texas and other parts of the south will also be more affected by this change than workers elsewhere in the country.

Speak with a Knowledgeable Overtime Attorney

If you are a worker that has questions about whether your employer has properly classified you as exempt from overtime or have questions about your entitlement to overtime pay, you should not hesitate to speak with a knowledgeable overtime attorney. Contact Herrmann Law today to schedule an initial consultation. Call us at 817-479-9229 or submit your case online (here) and we will contact you. 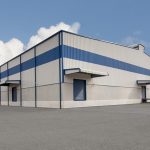 The ABC Test is a Win for EmployeesOvertime Law, Wage Law 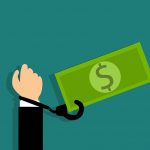