Representatives in Washington D.C. recently introduced an amendment to 2019 legislation which would block the city’s District of Columbia Minimum Wage Amendment Act of 2017 (also known as Initiative 77) from becoming effective. As a result, another barrier has been created in raising wages for restaurant workers and other employees in the city who receive tips. This new legislation is significant because it has the potential to create substantial problems in many workers’ pursuits of higher wages.

Under Federal Law, companies can pay workers less than the required federal minimum wages if workers are primarily paid in tips. This law applies to certain groups of workers including bartenders, bellhops, servers, valets, and chauffeurs. Instead, federal law allows employers to pay “tipped employees” an established amount that is lower than minimum wage. However, when paying a tipped employee less than minimum wage, employers take on additional obligation to ensure that they are strictly adhering to all the legal requirement; but, unfortunately, employers often do not do so – violating federal law. Employers commonly violate federal tipping laws by making illegal deductions from tipped employee compensation, charging for uniforms, charging for cash shortages, charging for walked tabs, requiring tipped employees to contribute to an illegal tip pools, and a plethora of other schemes designed to steal the tips and wages from employees.

The Origins of Initiative 77

While some states have long had regulations that prohibit the use of a lower mandated hourly amount for workers, several states are now currently considering similar measures. In June 2018, voters in Washington D.C. approved Initiative 77, which would require businesses there to to slowly increase the amount that workers receive until tipped workers receive an hourly payment equivalent to the full minimum wage.

Not long after, however, various lawmakers and companies began efforts to block this measure. This recent block by Congress is actually just part of legislative efforts to block the increase in the hourly wages of tipped employees. In 2016, voters in Maine approved a ballot measure that would have raised the hourly wages of tipped employees to the full minimum wage.

If Initiative 77 is passed, these measures will likely hinder the increasing national movement to outlaw practices that let employers pay a lower hourly wage to workers who receive tips. While there are always several states that have prohibited employers from limiting worker payment in such a way, Washington D.C.’s decision to pass these regulations would be the first measure passed by a city. Given this recent development, however, it is unlikely that the House will now let this measure pass.

The recent debate about raising the wages paid to tipped employees to at least the full minimum wage is just one of the many complicated issues tipped employees face. If you believe that your employer has violated wage and hour laws, do not hesitate to obtain the assistance of a seasoned wage attorney at Herrmann Law who will remain committed to fighting for the compensation that you deserve.

In sum, the tip laws are designed to ensure employees are paid a fair wage for their work and prevent tip theft. However, when an employer attempts to circumvent those laws, it can result in employees being owed a huge amount of back wages. If you have questions about a tip pool, wage deductions, or other questions concerning your compensation, call the attorneys at Herrmann Law at 817-479-9229 or submit your case online and someone from our office will contact you to discuss pursuing your owed wages. 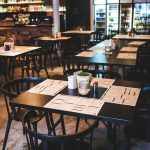 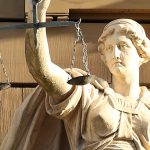