What’s in a name? The proverbial lawyer answer, of course, is: everything! But really, phrasing has a huge impact on how society perceives things. Take the term “ride-sharing,” for instance. We refer to Uber as ride-sharing, but originally Uber was called Ubercab. However, after receiving a cease-and-desist for operating an unlicensed taxi service, Ubercab removed the word “cab” from its name becoming simply “Uber.” Why not call it a taxi? Well, to get around the taxi laws and to change the public’s perception of taxiing, Uber distanced itself from the taxi world. Who wants to take a taxi? Uber is different, it’s the 21st century way of cabbing it.

What does all of this have to do with restaurant tipping? Well, an  increasing number of restaurants across the country are moving to a “gratuity-included” model, and it has me wondering: why don’t these restaurants call it “no tipping” or “tipping prohibited?” From a non-legal perspective, calling it “no tipping” (which is really what it is) sounds as if tipping is prohibited and raises the question, if there is no tipping, does the waitstaff receive tips? Calling it “gratuity-included” makes it sound as if the gratuity is included and therefore the waitstaff must be receiving it. It’s all about impressing an idea and making the public okay with it.

However, from a legal perspective, I am convinced that this gratuity-included model is actually a way for restaurants to disguise tip theft. Let me explain. In the first example, below, I describe a common tip theft scenario that I come across in restaurants, which is clearly illegal and violates the federal tipping laws. The second example, while not much different than the first, describes the “gratuity-included” model, which allows restaurants a more discreet way to pocket the tips of waitstaff.

Let’s assume a restaurant employs various servers at the federal sub-minimum “server” wage of $2.13 per hour. At the end of each shift, the servers are required to pool all their tips together. However, before redistributing these tips, the restaurant keeps a “house fee” from the tips equal to 3% of the gross sales for the day. The remaining tips are then distributed equally among the waitstaff. This clearly violates the federal tipping laws.

Despite the fact that the 3% percent house fee is clearly illegal, this is a simple way for a restaurant to increase its profit margin. The restaurant has increased its revenue by 3% by stealing tips from waitstaff. This “house fee” is tip theft and is a clear violation of federal tipping laws.

As in the previous example, let’s assume that a restaurant employs its servers at the federal sub-minimum “server” wage of $2.13 per hour. However, the restaurant decides that it would like to increase its profit without raising the customer’s total bill. Therefore, the restaurant devises a plan to take the tips of its waitstaff by instituting a “gratuity-included” business model. Here’s how it works:

The restaurant raises the hourly rates of its employees to minimum wage (i.e. at least $7.25). But at the same time, it eliminates tipping and starts advertising as “gratuity-included.” Coinciding with this, the restaurant raises its menu prices by 15%. While customers are no longer expected to add a tip to their bill, tipping isn’t really being “eliminated” because the customer is now paying gratuity via increased menu prices.

To further illustrate my point, why don’t restaurants keep the menu prices the same and add on a mandatory 15% automatic gratuity?

First, restaurants want to keep their customers happy; customers want to feel in control of their dining experience and do not like it when they are forced to tip a fixed amount.

Tipping in the service industry is threaded into the DNA of the American public. There have been many attempts to challenge the practice of tipping, but those attempts have largely failed. To date, many restaurants that have tried to move to a “gratuity-included” model have switched back or have been reported failures.

In sum, the tip laws are designed to ensure employees are paid a fair wage for their work and prevent tip theft. However, when an employer attempts to circumvent those laws, it can result in employees being owed a huge amount of back wages. If you have questions about a tip pool, wage deductions, or other questions concerning your pay or employment issues, call the attorneys at Herrmann Law at 817-479-9229 or submit your case online and someone from our office will contact you to discuss pursuing your owed wages. 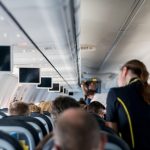