The Eleventh Circuit Court of Appeals recently ruled to overturn a 2017 lower court decision that dismissed a lawsuit alleging Alabama had violated equal protection laws by passing a state law that blocks the increase of minimum wage to $10.10 for workers. Initiated by fast-food workers in Birmingham, the case highlights some of the ongoing issues in the struggle for fair wages in America. Workers who initiated the case have already commented that it represents a significant advancement in worker rights.

The Basis of the Lawsuits

First initiated in 2016 in the United States District Court in Birmingham, HB 174 was signed by the governor and negated raises for workers, who accused the bill of being racially discriminatory because it violates the equal protection clause of the United States Constitution. The lawsuit alleged that blocking Birmingham’s increase of wages from the federal minimum of $7.25 to $10.10 denies minority populations any control over issues regarding their own communities. In Birmingham, approximately 32% of residents are living below the federal poverty level. It is important to note that this minimum wage applies to Birmingham because Alabama is one of just five states that does not have a state minimum wage law.

Support of the Argument

The Southern Poverty Law Center, the National Partnership for Working Families, the NAACP Legal Defense Fund and Campaign Legal Center, and several other groups filed briefs against the trial court’s decision on the basis of misapplication of the Equal Protection Clause and failure to consider intentional racial discrimination.

Reversal by the 11th Circuit

Support of the 11th Circuit’s Decision

The NAACP has noted that the court’s decision implies that state lawmakers discriminated against workers who were trying to escape poverty. The Service Employees International Union has commented that this decision has given fast-food workers the opportunity to demonstrate that Alabama violated federal law by blocking the minimum wage increase.

Speak with a Wage and Hour Attorney

This struggle represents one of the recent advancements in the area of workers’ rights. If you believed that your employer violated wage and hour laws in any way, it is a wise idea to speak with an experienced attorney. Contact Herrmann Law today. 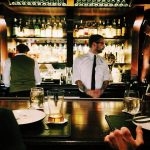 Tip Theft. Does your employer require you to pay for cash shortages? Don’t.Employment Law, Featured, Wage Law
CONTACT US