On September 23, 2021, New York City passed a package of city laws aimed at protecting the City’s “gig economy” workers, particularly its food delivery workers. As we discussed in a prior post, here, some federal courts have already found that gig workers are employees (as opposed to independent contractors). However, the New York law is designed to give added protections to gig workers and is the first legislation of its kind in the US and is likely to be emulated in other cities and States. Here is a brief rundown of the new law designed to protect gig workers.

Regulations for Minimum Pay for Workers

Probably the most important provision of the new laws is a mandate to the City Department of Consumer and Worker Protection (“DCWP”) to prepare and initiate regulations that would set a minimum pay rate for gig workers. As reported here, even though NYC has a minimum wage of $15 per hour, studies have shown that excluding tips, the median hourly wage for delivery workers was only $7.94 in 2020 and was only $12.21 if tips were included in the calculation.

The new law requires that the DCWP conduct a study and issue regulations that would correct this pay disparity. The DCWP is authorized to collect information from restaurants and food delivery services as part of the study. The new law also states that the regulations establishing minimum pay must exclude payment of tips and gratuities. The DCWP is directed to have regulations ready for implementation by January 1, 2023.

Must be Paid at Least Weekly and Certain Deductions Banned

Another law mandates that, going forward, gig workers must be paid at least weekly for their work. Further, delivery services are now banned from deducting from workers’ pay any fee that is charged for payment — like credit card fees.

Notice of Tip Policies and Disclosures

In addition, NYC will now ban delivery service companies from asking customers to provide tips and gratuities unless the customer received proper notice. The notice must provide the following information:

Further, employers are now required to give something like a traditional “pay stub” providing the worker with notice of how much was paid by consumers as tips and how much the worker earned. These notices must be provided for each day that the worker provides service and must be sent to the worker no later than the next day.

In an important change in how the industry operated, one new law mandates that delivery companies must provide to their workers an estimate of distance and time for any work that is offered. This is “very good news” for workers. Under current industry standards, couriers have about 15 seconds to “accept” an assignment, but they are not told before accepting where the delivery is going or how long it will take. This creates many dilemmas for gig workers, particularly those affiliated with different courier services. The new law changes that. The law also mandates that workers be allowed to restrict where they will make deliveries. For example, delivery workers will be allowed to set a maximum distance and refuse bridge and tunnel trips.

Finally, the new laws also give food delivery workers the right to use bathrooms in restaurants from which they deliver food and, for bike delivery, restaurants will be required to provide insulated food container bags.

For more information, call the Employee Rights attorneys at Herrmann Law. If you think that your employer has engaged in wage theft or has otherwise violated your rights as an employee, call us. We are proven, experienced, employee-focused attorneys representing workers across the United States in all types of workplace disputes. Use our Online Contact page or call us at (817) 479-9229. We are more than just a law firm for employees – we are an employee’s fierce advocate, equipping employees with the legal representation needed to achieve the best result possible. 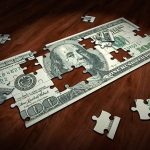 Paid “By-the-Day”? You Might be Owed Overtime, Even if Highly PaidEmployment Law, Overtime Law, Wage Law 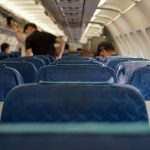