Currently, most staff who work in places where tips are provided, pool their tips and distribute the tip pool to other employees. Also, part of these tips include credit card tips left by customers for the benefit of the waitstaff. In accordance with what is called a “tip credit,” (i.e. the tip laws) if the additional tips do not bring a worker’s base income to minimum wage, an employer is expected to pay this difference. The tip laws also provide other protections for tipped employees.

This tip atmosphere has created a number of illegal workplace practices including workers who pocket their own tips without paying tax, and managers reducing workers’ base pay below accepted levels. The state of New York, however, is currently poised to make some changes that will significantly impact how tips in the state work.

After recommendations were made to a wage board in 2015, New York’s Governor Cuomo and the state’s labor commissioner are currently poised to decide whether they should change how tips work in the state and instead increase the hourly base payment that waitstaff receive.

Supporters in favor of this change argue that creating a consistent minimum wage would help to reduce wage theft and tax violations, which are often not reported by workers or managers. Another group that favor this change are many workers who are afraid that if tip culture remains, some employers will respond by cutting positions or hours or even instituting no-tipping policies which would remove the opportunity for workers at the location to ever make more than minimum wage.

This proposed change to new York’s tip culture has met with significant interference by some people. The New York City Hospitality Alliance has created an effort called, Save NY Tips, which argues that while the current tip nature creates some compliance obstacles, removing this system would result in a variety of complications.

Other workers oppose this change because the tip custom results in the chance to make more than minimum wage even if that amount is not guaranteed. Another argument made is that workers might have to spend time on non-tipped tasks like cleaning if tip culture is removed. (On a side-note, be on the lookout for an upcoming article from me on the ugliness of this “no tipping” phenomenon.)

One of the primary challenges that comes from keeping this tip credit is how to make sure employers comply and do not take advantage of employees.

In 2011, New York’s Wage Theft Prevention Act was instituted and created additional penalties for employers who violate wage rules. The Department of Labor, however, has unable to determine if these measures were effective. The institution of new computer programs have also made it easier for employers to track tips.

Currently, many employers require workers to keep their own records about whether tips received brought their salary up to minimum wage. Each year, though, the Department of Labor forces various employers to pay back wages due to minimum wage violations. Many workers who have lost money due to the failure of employers to follow the tip credit are forced to hire a lawyer and file a lawsuit to get back the wages they are owed.

Speak with a Knowledgeable Wage and Hour Lawyer

One of the best ways to respond if you are a worker who receives tips and believes that your employer has violated wage and hour laws is to speak with an experienced wage attorney. Contact Herrmann Law today to schedule a consultation 817-479-9229. 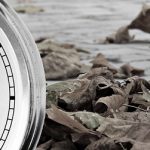 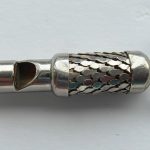 Back to the Basics: Understanding WhistleblowersEmployment Law
CONTACT US