Drywall Installers are “Employees” Entitled to Overtime and Other Benefits

The New Jersey Supreme Court held that a group of drywall installers are New Jersey employees entitled to overtime and other benefits under New Jersey law. One of the ways that employers engage in wage theft is to falsely misclassify workers as “independent contractors” rather than “employees.” If a worker is an “independent contractor,” then the employer saves money by not having to pay overtime, the minimum wage, unemployment benefits, workers’ compensation, and more. The particular method of wage theft is very common in the construction and building industries. Fortunately for workers, in some States, there are stringent tests for when a worker can be classified as an “independent contractor.” Further, in some States — like New Jersey — the labor laws assume that a worker is an “employee” unless the employer proves otherwise.

In a recent case, the New Jersey Supreme Court held that drywall installers were employees, not independent contractors for purposes of the NJ workers’ compensation laws. See case Opinion here. New Jersey used a pro-worker legal test for determining if a worker is an independent contractor called the “ABC test.” Under the New Jersey version of the ABC test, a worker is assumed to be an “employee” unless an employer can prove EACH of the following:

If you think you have been misclassified as an “independent contractor,” call the Employee Rights attorneys at Herrmann Law. Or, if you think that your employer has violated your rights as an employee in some other way, call us. We are proven, experienced, employee-focused attorneys representing workers across the United States in all types of workplace disputes. Use our Online Contact page or call us at (817) 479-9229. We are more than just a law firm for employees – we are an employee’s fiercest advocate, equipping employees with the legal representation needed to achieve the best result possible. 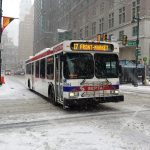