As we discussed in a prior post (here), the company that sells time-keeping and payroll software called “Kronos” suffered a cyber- and ransomware attack that shut down — and continues to cause disruptions — for its cloud-based computer systems. Many companies use Kronos for time clock management and to help process payroll checks. The Kronos outage has affected at least eight million employees in the United States including workers at FedEx, Pepsi, Whole Foods, Puma, including several healthcare providers in Florida and across the southeast United States. It is also being reported that personal information on employees has been compromised. See here.

If you have been impacted by the Kronos outage and you have not received your proper wages (including overtime wages), you should contact experienced Employee Rights attorneys like the ones at Herrmann Law. Employers must have redundancy and other methods of ensuring pay is issued when due. Workers are NOT obligated to wait for their wages and other payments because the employer chose a software or other service provider that had lax and insufficient cybersecurity.

Now, as reported here, the first class action lawsuit has been filed related for wage and hour claims that have not be paid due to the Kronos outage. Apparently, the outage impacted the New York City Transit Authority (“NYCTA”) which has failed to pay overtime for its transit workers. Likely, overtime requirements and hours worked was higher of the most recent holidays. Like many employers, the NYCTA began paying workers for “straight-time” pay by converting to manual processing. However, the NYCTA allegedly “decided to arbitrarily withhold the earned overtime wages of its employees who were paid through Kronos’ payroll processing services.” As reported, the lawsuit — filed in late January 2022 — alleged that the pay failures by the NYCTA are continuing and have not been resolved.

If true, this is a violation of both New York State and federal labor laws. Employers do have SOME leeway and good faith excuses when something unexpected prevents them from properly calculating overtime and other wages due. However, employers are required to — very quickly — find alternative means and methods of meeting their wage and overtime payment obligations. It seems clear that waiting for Kronos to resolve its ransomware issues is not a viable option, certainly not six to eight weeks after the problem started. Workers deserve their pay.

For more information, call the Employee Rights attorneys at Herrmann Law. If you think that your employer has violated your rights as an employee, call us. We are proven, experienced, employee-focused attorneys representing workers across the United States in all types of workplace disputes. Use our Online Contact page or call us at (817) 479-9229. We are more than just a law firm for employees – we are an employee’s fiercest advocate, equipping employees with the legal representation needed to achieve the best result possible. 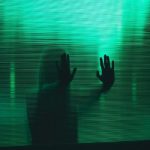 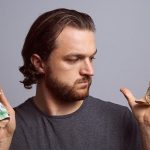