Is Your Employer Violating Wage and Hour Laws?

The United States Department of Labor recently announced a fine against Sea Island Acquisitions LLC because the company violated several important elements of the Fair Labor Standards Act. In a statement issued by the Department of Labor, a spokesperson commented that even employers who intend to follow the law can end up committing violations. This recent story acts as an important reminder for companies to remain up to date and adhere to important wage and hour rules and regulations.

The Violations in Question

Investigators determined that supervisors at Sea Island Acquisitions altered time cards for housekeeping workers. Through these alterations, Sea Island denied workers who were on the job more than 40 hours a week overtime pay as well as violated minimum wage requirements. In addition to these violations, Sea Labor incorrectly classified an accounting worker, which led to that worker being denied overtime compensation. Sea Lab was also determined to have failed to keep records on the ages of 240 minors who were employed by the company.

Signs Your Employer is Violating the Fair Labor Standards Act

Sea Labor is not the only company that has one time or another violated the Fair Labor Standards Act. Some of the signs that your employer might have violated your rights under this Act include:

At Herrmann Law, we recognize and understand the importance of worker’s rights including those related to wage and hour issues. If you believe that your employer has violated wage and hour issues, do not hesitate to contact our law office today for assistance 817-479-9229. 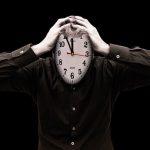 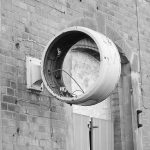