**Warning:  If you are paid a direct wage of less than $7.25 per hour (i.e. as little as $2.13/hour) the new regulation discussed in this article does NOT apply to you – your employer cannot take your tips, deduct from your tips, require you to share tips in an illegal tip pool, or share your tips with back-of-the-house employees. **

This is Part Two of a two-part series discussing Trump’s new proposed tip regulation. Part One covered the history of the tip laws, the changes under the Obama administration, and the proposed changes under the Trump administration. In this article, I am going to give you my thoughts – my opinion on the effects the new tipping regulation will likely have on the hospitality industry and what it could mean for you as a waiter, waitress, host, hostess, or bartender.

As a refresher, The Department of Labor proposed a regulation allowing employers to pool tips and use them as they see fit as long as all of their workers are paid at least the minimum wage, which is $7.25 an hour (nationally) and higher in some states and cities.

The DOL argues that the regulation will allow restaurants to use some of the tip money to reward the back-of-the house dishwashers, line cooks and other workers who toil in the less glamorous quarters and presumably make less than servers who get tips. Using tips to compensate all employees sounds like a worthy cause, but a simple reading of the government’s proposal makes clear that business owners would have no obligation to use the money in this way – in fact there aren’t any restrictions on the use of tip money. In other words, employers would be free to pocket some or all of your tips, spend it on facility renovations, or use it to increase the marketing budget. These supposed “benefits” are what makes the new regulation so disturbing. Who does this regulation really benefit?

Yes, your employer may not actually pocket the tips for themselves and may actually redistribute the tips to other employees. And yes, the new regulation would allow those working in the back-of-the-house to get a share of the tip pool. However, this is only a potential benefit; I say potential because your employer may not actually redistribute any tips to the back-of-the-house, instead taking the tips and putting it into their own pockets. Bolstering this concern, a proposed addition to the regulation was shot down, which would have prohibited employers from taking any of the tips for themselves while allowing the tips to be redistributed to anyone else. It is clear that employers want the ability to pocket all or some of the tips for themselves – they don’t want to be prohibited from reaching their hand in the tip pool.

Also, everyone may see a decrease in their take-home pay – including back-of-the-house. For example, if you work in back-of-the-house, your employer may decrease your direct hourly wage and make up the difference by giving a portion of the tip pool to you to bring you right back up to what you were making before the change in the regulation. In other words, even if you work back-of-the-house (i.e. kitchen, expo, dishwasher, etc.) then your total take-home may remain unchanged. Instead, your employer could use the tips earned from waitstaff to subsidize the wages already paid to back-of-the-house. The only real change, here, will be where back-of-the-house employee compensation is coming from; it will be coming from waitstaff (which is currently illegal and still would be an illegal tip pool if the waiter or waitress is not paid a directly hourly wage of at least $7.25 per hour).

The idea that these tips are going to be evenly spread-out and everyone is going to live happily ever after is a farce. This idea is similar to the idea of trickle-down economics – that tax cuts are supposed to trickle down to employees in the form of higher wages. If that were the case, restaurants would be paying their waiters and waitresses more than $2.13 per hour – a rate that has not changed since 1991.

What is more concerning is the growth of employment in the full-service restaurant industry. Between 1990 and 2014, employment in the full-service restaurant industry has grown over 85 percent, while the overall private-sector employment only grew 24 percent. In fact, 1 in 10 U.S. workers is employed in the hospitality sector making the labor laws and policies paramount to defining the typical American standard of living. Even more concerning is that women comprise two out of every three tipped workers – as we know women have been subjected to unequal pay for many years. Ensuring fair pay for tipped workers is important to the well-being of the American working class – we cannot afford to allow a policy to negatively impact such a large percentage of Americans.

Let’s hope that the DOL does not go through with the regulation as written. However, word on the street is the regulation is all but a reality. It will be interesting to see how many employers will actually raise their waitstaff’s pay to $7.25 per hour after the regulation is passed. I suspect a handful of employers will attempt to take employees tips without raising their direct hourly wage to $7.25 per hour, which is and will remain illegal – even under the new regulation.  Again, if you are paid a direct wage of less than $7.25 per hour (i.e. as little as $2.13/hour) the new regulation discussed in this article does NOT apply to you – your employer cannot take your tips, require you to participate in an illegal tip pool, or share your tips with back of the house employees.

If you have a question about an illegal tip pool, unpaid wages, payroll deductions, employee’s rights, sexual harassment, or any other workplace claims, call the Employment Lawyers at Herrmann Law to schedule a consultation: 817-479-9229 or submit your case on our website and we will contact you to schedule an appointment. 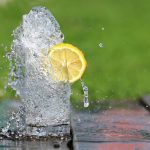 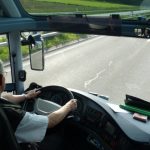