A popular New York City restaurant, the Waverly Inn, currently faces a lawsuit due to claims that the restaurant company failed to pay its waiters and waitresses minimum wage in accordance with the Fair Labor Standards Act as well as New York labor law. This case provides an example of just one of the many ways in which restaurants engage in illegal theft of tips from waiters and waitresses.

Wage theft is a common problem throughout the country. Among all the numerous industries, wage theft is particularly common in restaurants. Some of the most common ways in which employers engage in wage theft or theft of tips and wages from servers include the following:

If you are a waiter, waitress, or other employee who believes that you have been a victim of wage theft, it can be hard to know how to proceed to obtain the compensation you deserve. Contact Herrmann Law today to schedule a consultation with one our experienced wage lawyers.

If you have any questions about tip share laws or if you would like to talk about your specific situation and what tips you are entitled to by law, please contact an employment lawyer at Herrmann Law for a consultation by calling 817-479-9229 or contact us online and someone from our office will contact you within 24 hours. 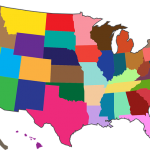 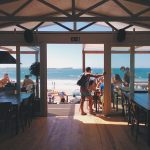