In April 2019, a group of restaurant workers in Albuquerque, New Mexico staged protests concerning alleged wage theft in restaurants throughout the city. Some of the techniques the workers claimed were used to steal wages include not paying overtime, falsely classifying workers as salaried rather than hourly wage earners, failure to pay minimum wage, forcing employees to work off the clock, and stealing tips.

These protests were primarily directed at three restaurants — Hacienda del Rio and M’tuccis, which are alleged to have failed to pay workers overtime, and Northern Italian Grill, which is alleged to have not provided workers with final paychecks for work performed.

Many people believe that wage theft only occurs when a worker is not paid for overtime or hours worked. While this is one type of wage theft, there are several other ways in which wage theft is known to occur; particularly wage theft in restaurants is on the rise.

Some common types of wage theft in restaurants include:

There are Numerous Laws Prohibiting Wage Theft in Restaurants

In most places, there are numerous state and federal laws preventing wage theft. For one, the Fair Labor Standards Act provides a federal minimum wage and also permits states to establish a higher minimum wage.

Another applicable body of law is the Davis-Bacon Act, which states that workers paid by a contractor or subcontractor of a federal government are able to receive the prevailing wage for work in the city or part of the United States where the work was performed.

Some of the potential remedies for wage theft include the payment of back wages as well requiring an employer to changes his or her wage policies. In most cases, restaurants who violate the law are required to pay each server the full minimum wage for each hour worked in the past three (3) years. [i.e. under federal law, servers would be entitled to $5.12 for each hour worked, which is the difference between the server wage ($2.13) and the full minimum wage ($7.25)] plus the server may recover an equal amount as “double damages” plus an amount of attorneys’ fees and costs to compensate the servers’ attorneys for bringing the lawsuit.

In some cases, an employer can also face criminal charges as a result of wage theft, the penalties for which can include thousands of dollars in fines and even imprisonment.

Speak with a Wage and Hour Lawyer

If you are a restaurant worker who was not adequately compensated by your employer, do not hesitate to contact Herrmann Law today to schedule an initial consultation. A large part of our practice is devoted to representing waiters and waitresses. It is staggering the number of restaurants that are oblivious or simply turn a blind eye to legal requirements with regard to overtime, treatment of tips, and other basic wage and tip laws. Give one of our attorneys a call to discuss: 817-479-9229 or submit your case online (here) and someone from our office will contact you. 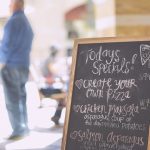 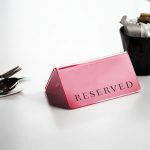 Four Rights You Have as a Restaurant ServerWage Law
CONTACT US