I often say that employment at-will is a misnomer; it should really be right-to-fire. The majority of states (including Texas) are employment at-will, meaning your employer can fire you for any reason whatsoever as long as it’s not an illegal reason. The next logical question you should have is, what’s an illegal reason? Well if you are in Texas, then you are in luck; this article covers some of the illegal reasons employers are prohibited from using in their decisions to hire, fire, promote, or demote employees.

Under Title VII of the Federal Civil Rights Act of 1964 an employer cannot terminate, demote, or refuse to hire an employee based upon an employee’s:

All of the above are illegal reasons and violate federal employment laws. Additional Federal Laws prohibit employers from terminating an employee based upon an employee’s:

In addition, Texas has enacted the Texas Commission on Human Rights Act, which is the Texas state employment laws, which closely mirrors the protections given to employees under federal laws.  Moreover, some Texas cities including Fort Worth, Texas have adopted city ordinances and local city divisions (e.g. Fort Worth Human Relations Unit) which enforce the city’s ordinances, which protect employees who have been discriminated against based upon race, color, religion, sex, national origin, disability, and age.

Sabine Pilot Serv. V. Hauk was a case before the Supreme Court of Texas in 1985. In this case the Texas Supreme Court recognized a very narrow exception to the general “at will” rule. A Texas employee may have rights under “Sabine-Pilot” for refusing to commit a criminal act if the act carries criminal penalties and their refusal was the sole reason for the employee’s termination.

Under Texas Labor Code §§ 101.001, a person cannot be denied employment because of membership or non-membership in a labor union or other labor organization.

Therefore, you cannot be forced, threatened, coerced, or intimidated into choosing to join, or not join, a labor union. This must be a choice you make on your own free will.

Additionally, if you employer attempts to prevent you from joining forces with other employees to form an informal union, the employer may also be violating the National Labor Relations Act (“NLRA”). The NLRA was enacted to protect employees and to encourage collective bargaining and curtail certain labor practices that harm the general welfare of workers.

Jury duty is job-protected leave, meaning an employee who has jury duty is protected against termination or any other adverse actions taken by the employer due to jury duty. In addition, when an employee is on leave for jury duty, an employer should not count their absence towards an absence limit.

Pay for jury leave is not required under Texas law. Although, if an employer does pay wages or salary while an employee is on jury leave, the law allows for the employer to require the employee to give their jury duty pay to the company.

An employer violates the Texas Election Code if the employer threatens to reduce an employee’s wages or any other benefit of employment if the employee refuses to vote for or against a certain candidate or reveal how they voted.

Exception — Although, there is an important exception to this rule. If the polls are open on election day for two consecutive hours outside of the employee’s working hours, Texas Election Code Section 276.004 will not apply.

Your employer may not retaliate against an employee. However, in the legal context, “retaliation” takes on a unique meaning. Dictionary.com defines “retaliation” as  the act of retaliating; return of like for like; reprisal. However, in the legal context, retaliation prohibits employers from punishing employees for asserting their rights under federal discrimination laws including harassment laws. For instance, if an employee makes a complaint about discrimination, the employer may not retaliate by terminating the employee for complaining.

There are several exceptions to the employment at-will (i.e. right-to-fire) laws in Texas. The above are a few examples of those exceptions, but is definitely not an exhaustive list. If you think you have been wrongfully terminated, call an employment lawyer in Texas to discuss. 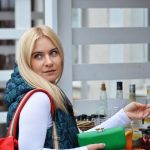 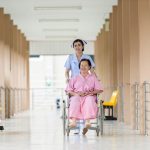