The Laws Behind Prevailing Wage Lawsuits

A worker who performed demolition work in Illinois recently announced plans to sue his employer because he had not been paid the prevailing wage by city-approved contractors. Rather than receive compensation in the form of the city’s prevailing wage, the worker claims that he received $10 an hour for 20 eight-hour days of work in February and March of 2018.

The lawsuit also alleges that the city-approved contractor failed to keep track of the worker’s hours and also did not submit payroll records to the city. As a result of failure to receive adequate compensation, the workers is now seeking the differences in wages that were owed to him and another 2% in punitive damages.

City attorneys have already responded to the lawsuit by claiming that it lacks merit. It currently remains uncertain exactly how this lawsuit will resolve, but this case highlights one of the most common types of wage and hour lawsuits initiated by city workers. While working for the government can lead to better payment, doing so requires compliance with a number of complicated laws and regulations. This article will explain two significant laws (the Davis-Bacon and Related Acts and the McNamara-O’Hara Service Contract) that determine how much city workers must be compensated.

The Davis-Bacon and Related Acts (DBRA)

The Davis-Bacon and Related Acts law dictates how wages are paid to federally funded construction workers as well as public buildings and public works.

While the Act originally only applied to federal or District of Columbia contracts, legislative changes over the years now means that the Act applies to nearly all construction projects that receive federal funding assistance through grants, insurance, loans, and loan guarantees.

On contracts over $2,000, contractors as well as subcontractors must compensate laborers and mechanics an amount equal to or greater than locally prevailing wages and fringe benefits for work performed on similar projects in the area.

There are specific record-keeping requirements that must be satisfied under the Act. Some of the records that must be maintained by employers include social security numbers and addresses of workers, each worker’s classification, hourly rates of pay, daily and weekly numbers of hours worked, and actual wages paid.

Each week, contractors and subcontractors under the Act are required to provide the appropriate federal agency with copy of all payroll information and a “Statement of Compliance” as well.

Failure to conform with any of these requirements can result in a contractor or subcontractor being forced to pay large fines or be barred from future contracts for several years.

The Mc-Namara O’Hara Service Contract Act establishes regulations for service contracts. This Act applies only to contracts that are awarded by either the federal or District of Columbia governments.

The Act requires contractors and subcontractors on nearly all federal contracts exceeding $2,500 to pay workers no less than the wage rates and fringe benefits in the area where the work in question is performed.

The Act also requires all workers to receive fringe benefit compensation. Workers under these contracts also must be compensated for overtime work.

Penalties for non-compliance under this act are also substantial. Violations can result in contracts being terminated, the withholding of contract payments, legal action to receive underpayments, and debarment for several years from future contracts.

If you are a worker who believes that you were not adequately compensated for services provided, you should not hesitate to speak with an experienced wage and hour lawyer. At Herrmann Law, our legal team has helped numerous workers pursue legal action against employers. Contact our law office today to schedule a free consultation. 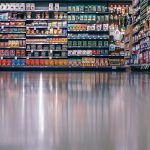 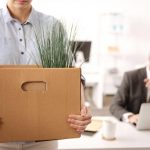