Both current and former workers at Walmart recently won class certification in California in a lawsuit that claims the company failed to compensate them for off the clock work. The class was certified because the court determined that there are enough individuals with common causes and similar grievances. The class action will now be heard in the federal court of the Central District of California. Primarily, this case involves the company’s failure to pay employees for off the clock work including time passing through security checks as well as meal breaks and overtime.

Who Initiated the Case

The case was initiated by the lead plaintiff, Chelsea Hamilton, on behalf of  3,800 workers at the Walmart Chino Hills fulfillment center who argue that they were denied compensation in violation of California labor codes. These workers argue that Walmart failed to pay wages for off the clock work during security checks, overtime, and rest breaks. With the exclusion of the rest break group, the judge certified this group of workers. This decision comes after Walmart’s announcement earlier in 2018 that it would raise its minimum wage and give tax-cut bonuses to workers.

The Effects of the Starbucks Case

This case comes after similar issues were heard in California Court in the case of Troester v. Starbucks. Because the court in the Starbucks case rejected the “de minimis” defense, which involves small amounts of off-the-clock hours that are tiny enough to be irrelevant, employers including Walmart are now left in a more difficult position in defending against cases of this nature. The California Supreme Court in this case, however, did leave open the possibility that the “de minimis” argument could be used in cases in which a worker’s time is either irregular or small.

Important Lessons from the Walmart Case

Currently, the outcome of this wage and hour case involving Walmart is unknown. There are some important lessons that can be gleaned from this case, which include:

If you are a worker who believes that you were not adequately compensated by your employer, it is critical to contact an experienced wage and hour lawyer who can make sure that your case resolves in a positive manner. Contact Herrmann Law today. 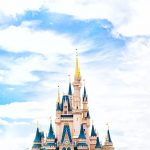 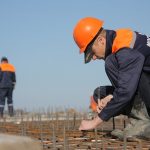