Whether you are a lawyer or work in the service industry, you probably know that there has been some instability with respect to what constitutes stealing tips from employees. However, you may or may not realize that the federal tipping law (i.e. the Fair Labor Standards Act) was recently amended, providing some much-needed clarity and prohibiting employers from stealing tips from employees.

Recently, in March of 2018, as part of the congressional spending budget, the tip-credit provision of the Fair Labor Standards Act (FLSA) was amended to include additional wage and tip protections for America’s tipped employees.

Notably, on page 2,025 of the 2,232-page omnibus budget bill, Congress put to rest the DOL’s proposed regulations by reaching a hard line decision, thereby amending the FLSA statutory rules affecting tipped employees, tip pooling, and tip ownership. Specially, the added provision as written, amends the FLSA for the first time to expressly codify added protections for tipped employees and prohibiting employers from stealing tips from employees in some situation. Now, the FLSA has added protections and consequences for employers, supervisors, and managers who are found in violation of the FLSA, stealing tips from employees.

How we got to where we are.

As I wrote about in a previous blog, the DOL in 2011, under the Obama administration, issued regulations stating that all employers must comply with the tipping laws of the FLSA, even if an employer pays employees more than minimum wage. These 2011 DOL regulations were in direct response to conflicting federal court decisions.

Thereafter, the Department of Labor, under the Trump administration, rescinded the 2011 regulations instituted under Obama. However, in rescinding the 2011 regulations, the DOL proposed new regulations in late 2017.  Under the DOL’s 2017 new proposed regulations, employers paying tipped employees more than minimum wage (without accounting for tips) could take ownership of tips earned by their waiters, waitresses, or other tipped employees. Additionally, employers would have been allowed to redistribute tips between tipped and other non-tipped employees (e.g. cooks, dishwashers, porters, and maintenance staff), distribute tips among the management staff, or keep the tips for themselves.

Fortunately, before the DOL’s new proposed regulations became enforceable, the rule making process requires a notice and comment period. During this period, there was an overwhelming number of comments opposing the new regulations. Employee-advocate groups were strongly advocating to get the DOL to include a provision within the proposed regulation that would prohibit employers from taking tips for themselves or other management-level employees. Those efforts failed and the DOL was unwilling to change the text of the proposed regulation.

Also, there was a public outcry concerning the DOL’s alleged attempts to conceal information concerning the amount of money employers would steal from tipped employees under the new regulations. Ultimately, given the opposing comments and the negative publicity, the DOL extended the notice and comment period. However, as discussed below, the new proposed regulations have not become final and will likely not become final and enforceable as currently written.

In March of 2018, Congress amended the FLSA to address the concerns of the public and several worker advocate groups. The text of the FLSA, which is now federal law, now provides that employers may not keep a tipped employees tips for themselves, even if the employer pays the employee more than minimum wage. The amendment goes further to state that not only may an employer not keep the tips for themselves, the employer cannot allow managers or supervisors to keep an employee’s tips. These amended provisions specifically state that the FLSA’s tip protection laws apply regardless of whether an employer pays more or less than minimum wage.

Going further, the FLSA was also amended to clarify the amount of recoverable damages for any violation of the tip credit. Now, if your employer violates any of the FLSA’s tipping laws an employee is entitled to recover the following damages:

Now, with the amendment to the recoverable damages, tipped employees can recover the minimum wage differential, plus all misappropriated tips, plus an equal amount as liquidated damages. Prior to this addition, it was unclear whether an employee was entitled to recover misappropriated tips in addition to the minimum wage differential. Now, it is clear that an employee will be made whole – including recoupment of all wrongfully withheld tips.

With any new law or amendment, there are often more questions than answers. This is because the Courts will have to interpret the amended law, determine the scope and effect the new amendment may have on existing case law and previous interpretations of the FLSA tip-credit provision. However, since the amendments to the FLSA are in direct contradiction with the DOL’s 2017 proposed regulations, I believe the DOL will likely not proceed with the regulations in their current form. The amendment to the FLSA was literally an Act of Congress – which overrides controverting regulations issued by administrative agencies such as the DOL.

There are certainly many questions that are still unanswered under this amendment and the status of tipped employees’ rights moving forward. Over the next several months, we will be closely monitoring this area of the law as things continue to develop. Regardless, this amendment is a win for America’s tipped employees and gives me hope at least that the system is not broken; the public spoke, and the law makers responded.

If you have questions about your wages or entitlement to tips, you should reach out to an employment lawyer for advice. You should not rely upon this article as a substitute for legal advice unique to your own situation. 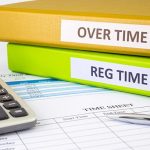 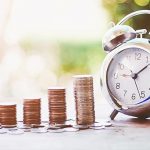