Proposed FLSA Changes Will Help – But Can Also Hurt A Little

A portion of America’s workforce will undergo a major change when the Department of Labor streamlines the current rules that govern overtime exemption status.  In March, 2014, President Obama issued a directive to the Secretary of Labor to “update and modernize” the rules for overtime exemption, also known as the “white collar” exemption, under the Fair Labor Standards Act (“FLSA”).  Changes are being sought by the Administration to align the original intent of the FLSA with the changes in the American workplace that have evolved over time, and to clearly define the rules for overtime exemptions so that both employees and employers are able to correctly apply the rules to their respective situations.

Once implemented, proposed changes will allow many middle class workers who make enough to cover the expenses of their families, to fall under overtime protections, and other benefits.  Workers like mid-level managers in the fast food and retail industries can expect a change for the better with regards to their overtime pay protection.

While the process will certainly take time; it is pertinent that employers begin preparations in the interim, to minimize any negative impact to their businesses.  One way of doing that is by ensuring that they have established clear job descriptions that delineate their employee’s duties, thereby alleviating confusion when classifying their employees.  Changes to the FLSA are long overdue.

The “revised” FLSA regulations will give millions of hard-working, middle class workers, a much needed financial boost.  From a financial standpoint, if implemented as proposed, that boost will move many of them [workers], a little closer to financial stability.  Though there is still much work to be done for the economy in America, one must admit that financially stable workers play a vital role in strengthening America’s economy. A more financially stable working class is sure to be a positive for everyone. 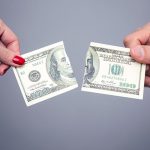 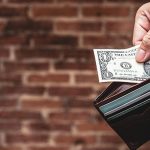