Illegal wage theft happens when employees do not get ALL of their earned wages. As reported in Teen Vogue and GQ Magazine, studies have shown that millions of workers suffer some form of wage theft every year. A 2017 study estimated the number to be 2.4 million workers for a total loss of $8 billion in worker wages every year, and that study evaluated wage theft in only 10 states. The study also supported the idea that low-wage and immigrant workers are particularly vulnerable to wage theft since they may fear being fired or reported to immigration authorities and may not have the tools and skills to fight for their rights.

If you suspect you have been the victim of wage theft, you should immediately contact experienced employee rights attorneys like those at Herrmann Law. Your right to be paid ALL of your wages is protected by federal and state labor laws. And, you can recover your stolen wages even if your employer “made a mistake.” Employers have a legal obligation not to make “mistakes.” Here are four common ways in which employers commit wage theft.

The current federal minimum wage is $7.25 an hour and it is higher in many states, counties and cities around the country. Any employer who fails to pay the minimum wage is engaged in wage theft.

Aside from straight-up not paying the minimum wage, some employers abuse what is called the “tip credit.” This wage theft scheme is prevalent in the restaurant and hospitality industries. If a worker customarily receives tips, then an employer, under limited circumstances, may be allowed to pay $2.13 an hour by applying a portion of an employee’s tips as a “credit” towards the minimum wage requirement. There are very specific legal requirements that an employer must do in order to take credit for tips and it is the employer’s burden to show that it complied with each of the tip credit requirements. If an employer fails to comply with the very specific legal requirements of the tip credit, then the employer owes the full minimum wage (as opposed to the $2.13 hourly wage) to its employees for all hours worked.

In today’s economy, customer tips are often added to the bill paid with a credit or debit card. As such, the tips are “routed through” the employer. Some employers take a portion of the tips or charge an “administrative fee” or otherwise fail to pay all of the tips that are earned. All of these tip skimming practices are illegal wage theft. Employers can lawfully deduct any bank-charged fee, but that is all.

Tips can also be stolen by the employer participating in a mandatory tip pool. Some companies require servers to share tips with “back-of-the-house” staff or managers or supervisors. This type of tip pool is illegal.

Under federal law, employees working more than 40 hours in a seven-day period are entitled to overtime time-and-a-half for each hour beyond 40. Failing to pay overtime is a common form of wage theft. Just as common is miscalculating the proper overtime rate.

In addition to the federal wage and overtime law, some states have laws requiring overtime based on the number of hours worked per day. California, Alaska, and Nevada are just a few examples of states that mandate overtime after eight hours.

Working “Off the Clock”

It is unlawful for an employer to require an employee to work “off the clock.” That is a form of wage theft. Even something that only takes a few minutes adds up to significant wage loss over time. Often, asking for off-the-clock work becomes a violation of the overtime pay requirements if the employee normally works a 40-hour week.

For more information, call the Employee Rights attorneys at Herrmann Law. If you think that your employer has violated your rights as an employee, call us. We are proven, experienced, employee-focused attorneys representing workers across the United States in all types of workplace disputes. Use our Online Contact page or call us at (817) 479-9229. 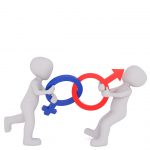 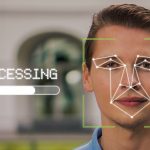