Nevada Workers Entitled to Sick Leave for Any Reason

Nevada became the second state in the country to pass mandatory paid time off laws. Nevada sick pay regulations require employers to allow workers to use earned sick leave for any reason.

While states have often regulated the ways in which vacation or sick time are accrued, states have tended to not require employers to provide paid time off. Maine recently became the first state to pass this type of legislation. Currently, employers are now required to allow Nevada workers to use sick pay for any reason.

Sick pay, or “paid time off” as it is sometimes referred to, is a complex area of law. Some of the aspects of the new Nevada regulation include:

It currently remains uncertain what effect this Nevada regulation will have on other states in the country and whether any other similar regulations will be passed.

Lack of Paid Time Off is a Nationwide Concern

While not required by most states, paid time off often comprises about 14 days a year for workers. Even when state laws exist, many employers fail to provide workers with adequate paid time off.

Sometimes, employers refuse workers paid time off even though they are entitled to it. Other times, employers fail to follow their own regulations concerning sick leave. An employer might terminate a worker for taking too much time off for illness, even if the condition is a legitimate one. In these situations, it is important to remember that workers still have rights and you should not hesitate to protect them, if necessary.

It is an unfortunate truth that workers are often denied the sick pay they have earned by their employer. If you believe that your employer has violated these regulations, reach out to an experienced attorney right away. Contact Herrmann Law today to schedule an initial consultation. 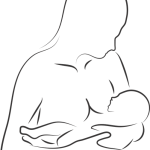