Workers have filed a class-action wage lawsuit against meal-delivery company Blue Apron alleging the company failed to pay workers for overtime. More specifically, the wage lawsuit alleges that Blue Apron forced workers to clock out before their meal breaks, which cheated the workers out of 30 minutes of compensation each shift – resulting underpayment of overtime hours. Currently, the workers are seeking back pay for missed wages, liquidated damages, attorneys’ fees, and costs. Blue Apron employs thousands of low-wage workers to work in its food processing in Texas, New Jersey, and California–where the lawsuit is currently pending.

Blue Apron’s Response to the Lawsuit

Blue Apron responded to the lawsuit, denying the wage lawsuit that it has cheated workers out of their overtime pay. In 2017, Blue Apron went public and was listed on the NYSE with a $1.89 billion valuation. Just because a company is a large publicly traded company does not mean they do not violate the law. Wal-Mart was also recently sued for off-the-clock work.

What Workers Should Know About Off-the-Clock Work

The Fair Labor Standards Act does not require employers to give breaks to workers.  Therefore, many workers choose to eat their lunch while working at their desks, which means that workers do not lose lunch pay because they do not take lunch breaks. However, we have found that employers commonly violate federal wage laws by automatically deducting lunch breaks or requiring employees to work off-the-clock through lunch. Employers may not automatically deduct time for lunch breaks, even if an employer has a policy requiring employees to take lunch breaks. Employer policies are not law.

Federal law requires employers to pay employees for each and every hour worked, including lunch time if an employee does not actually take a break – oftentimes, employers choose to auto deduct for lunch “breaks” to avoid paying overtime. In other words, the time the employee spent working through lunch would have resulted in the employee being owed overtime compensation.

Nevertheless, in some states such as California, where the Blue Apron lawsuit was initiated, the Industrial Welfare Commission Order requires a half an hour meal period after a five-hour period of work. An exception to this requirement exists if the workday will be completed in six hours or less and the worker and employer agree to waive the meal break. A meal period after six hours of work is allowed if it does not endanger the health of a worker. In situations in which an employee works more than 10 hours a day, a second meal period is required unless the total hours an employee works is 12, in which case the second meal period can be waived. These California laws, however, do not apply to all workers. For examples, employees engaged in the broadcasting and motion picture industry are excluded from these requirements.

If you believe that your employer has violated state or federal wage laws, including the federal wage and overtime laws by not compensating you for each and every hour worked, you should not hesitate to speak with an experienced overtime attorney.

What Workers Should Do About Wage Violations

In addition to recognizing the signs of wage and hour violations, it is also important for workers to understand some important details about the legal process associated with them. If a worker believes that an off the clock violation has occurred, you should contact an experienced wage and overtime lawyer. Workers who are capable of successfully arguing that wage and hour violations occurred are capable of receiving a maximum of three years of back wages related to work, plus “double damages” in an amount equal to the worker’s back wages as a penalty (otherwise known as “liquidated damages”), plus the employer must pay for the employee’s attorneys’ fees and costs.

If you are a worker with questions about your compensation or your employer’s compensation policies, you should not hesitate to obtain the assistance of a skilled wage and hour lawyer. Contact Herrmann Law today to speak with an attorney who will fight for you to achieve the results that you deserve. Call our office: 817-479-9229 or fill out our online questionnaire, and someone from our office will contact you. 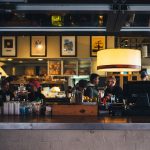 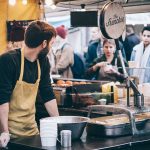