In another huge victory for workers, a federal court sitting in Texas has recently held that wage-fixing is a violation of federal antitrust laws and that wage-fixing can be prosecuted as a crime. See United States v. Jindal, Case No. 4:20-cr-00358 (US Fed. E.D. Texas, Nov. 29, 2021). See PDF of the court’s opinion here from Reuter’s. The Jindal case involved collusion and wage-fixing between two companies that recruited healthcare staffing for hospitals and other medical facilities.

According to the court’s opinion, the owners of the two companies shared and compared their non-public pay rates for physical therapists and physical therapist assistants and then agreed to decrease those wage rates. This is the definition of “wage-fixing.” Wage-fixing is, obviously, disastrous for workers since, without their knowledge or consent, workers are being offered lower wages than they might otherwise have received. This is a particularly important development for large sectors of the economy where jobs are filled through staffing agencies. Healthcare, office servicing and the tech industries commonly use staffing agencies.

But the criminalization of wage-fixing will also have important impacts for workers in the hospitality and food-service industries including servers working restaurants. In those industries, no-poach and no-hire agreements are common which are a disguised form of wage-fixing. With a no-poach or no-hire agreement, employers agree not to seek to lure away employees of another business. This is common among franchise businesses which agree not to hire employees of other franchises in the chain. But, no-poach and no-hire agreements have the effect of lowering wages and will, likely, be seen by courts as a form of wage-fixing.

Just as importantly, the court held that wage-fixing is a per se violation of the antitrust laws. In simple terms, this holding makes it much much easier to hold an employer legally liable for wage-fixing.

For more information, call the Employee Rights attorneys at Herrmann Law. If you think that your employer has engaged in unlawful wage-fixing, you may have a legal claim. Call us. Your rights as an employee can be vindicated. We are proven, experienced, employee-focused attorneys representing workers across the United States in all types of workplace disputes. Use our Online Contact page or call us at (817) 479-9229. We are more than just a law firm for employees – we are an employee’s fiercest advocate, equipping employees with the legal representation needed to achieve the best result possible. 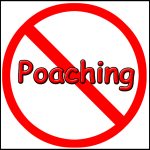 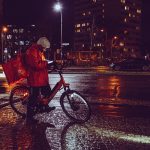