New York recently enacted a new wage theft law aimed at enhancing protections for construction workers. See the news report here. Nationally, wage theft results in the loss by workers of billions of dollars in wages and benefits. Wage theft occurs in every industry but is more prevalent in the restaurant and hospitality industries where there is often a high turnover of workers. This is true also in the construction industry partly because of high turnover, but also because so many different contractors and subcontractors collaborate on any given construction project. Employee rights advocates and lawyers have increasingly focused on protecting the wage and labor rights of construction workers.

Common types of wage theft include:

Typically, only the specific employer who hires and pays a worker is legally liable for wage theft. Thus, if you work specifically for ABC Company, and ABC Company commits wage theft, generally, you can only sue ABC Company to recover your stolen wages and benefits. This is the case even if you spend most of your working time doing tasks for and at ABC Company’s client, XYZ Retail Store.

But New York has recently changed this for construction workers. In the construction industry, subcontracting arrangements are the norm. A general contractor — for example, Building Company, Inc. — will be hired by the owner of the property to construct a building. Then, Building Company, Inc. will hire subcontractors like Electric Installers, Inc. and Plumbing Company. Under the recently enacted New York law, general contractors will now be legally liable for wage theft committed by their subcontractors. Thus, to continue our example, if wages are stolen by the owners of Electric Installers, Inc., then those workers can sue the general contractor — Building Company, Inc. — to recover their stolen wages and benefits. Five other states — California, Maryland, Nevada, New Jersey, and Virginia — and the District of Columbia have similar protections for construction workers.

These new wage theft protections apply generally, but also apply if the subcontractor goes out of business or does not have sufficient money to pay its workers the wages and benefits that are due. Under the new law, general contractors can be held liable for a subcontractor’s unpaid wages and benefits for up to three years after the work is completed.

This is a big “win” for construction workers and for workers in general. This is an emerging trend in protecting workers since subcontracting arrangements are now very common in many industries. These sorts of laws may soon be expanded to cover franchisor-franchisee arrangements and other types of subcontracting.

If you think that your employer has engaged in theft of your wages or has otherwise violated your rights as an employee, call the Employee Rights and Wage Recovery attorneys at Herrmann Law. We are proven, experienced, employee-focused attorneys representing workers across the United States in all types of workplace disputes. Use our Online Contact page or call us at (817) 479-9229. 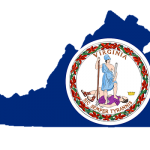 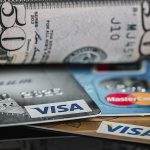 Where are my Credit Card Tips?Overtime Law, Wage Law
CONTACT US