In the beginning of June 2019, the governor of Alabama signed legislation to combat gender-based wage discrimination which will become effective on September 1, 2019. With the enactment of this legislation, Alabama will join several other states including California, Colorado, Maryland, and Massachusetts which have new equal pay laws designed to combat gender-based wage discrimination. Despite this recent change in law, however, it is still important for workers to understand how to combat pay disparity due to gender discrimination.

Alabama’s new regulation prohibits employers from paying workers a wage  less than the rate the employer pays to workers of another sex or race who perform substantially similar work.

There are, however, several defenses to this law. For example, a worker can escape having to comply with this regulation if it can be demonstrated that the wage difference is the result of a merit or seniority system.

Workers in Alabama who receive less than the pay they deserve are able to recover this payment as well as interest.

Additionally, under this regulation, employers are unable to prohibit workers from disclosing their own wages, discussing wages with others, or inquiring about another worker’s wages. If an employee attempts to assert these rights under this act, employers are also prohibited from discharging or retaliating against him or her.

What to do if You are a Victim of Gender Discrimination

Despite federal laws like Title VII of the Civil Rights Act and the Equal Pay Act, numerous workers today are still subject to discrimination.

If you are a worker who is paid less than you were owed and you live in a state that has yet to pass similar anti-discrimination legislation, it is important to remember that you still have rights under federal law.

Some of the steps that workers can take in these situations include:

Speak with an Experienced Wage and Hour Attorney Today

If you are a victim of gender discrimination or sexual harassment or have any other workplace issue you should not hesitate to speak with an experienced employment attorney. Contact Herrmann Law today to schedule an initial consultation. Call us at 817-479-9229 or submit your case online (here) and we will contact you.

What Workers Should Do about Sexual HarassmentEmployment Law 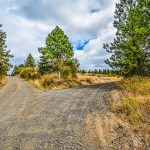