In a “win” for workers, the federal Department of Labor has proposed new regulations regarding tipped employees, including reinstatement of the 80/20 rule for side work. The new regulations are more “pro-worker” and would make it more difficult for employers to use the tip credit. See here for the newly proposed regulations.

Tip credits can be somewhat difficult to understand. But, in simple terms, employers must pay their workers at least the federal minimum wage (which is $7.25 an hour). For workers who customarily receive tips and gratuities from customers, employers are allowed to use all or a portion of the tips as a “credit” against their obligations to pay minimum wage. Currently, employers must make cash wage payments of $2.13 an hour and then can use up to $5.12 of employee tips as “credit” to ensure workers are receiving the minimum wage. If workers do not receive at least $5.12 per hour in tips, then employers must “make up the difference” in cash wage payments.

Tip credits offer a huge benefit to employers because by taking a “tip credit” the employer only pays $2.13 per hour and customers pay the remainder of the server’s wage through tipping. By only paying their servers $2.13 per hour, employers save a lot of money on labor costs.

As one can imagine, employers want to use the tip credit in every circumstance that they can. Every hour and every employee that can be paid using the tip credit saves the employer money. If they could get away with it legally, every employer would take a credit for every tip and every worker, even for workers who do not traditionally receive tips and gratuities. To take advantage of the $2.13 hourly wage, employers frequently require servers and other tipped employees to perform work that is not related to serving or is not “tip producing” work.

To combat this sort of abuse, for a long time, the Department of Labor had regulations that allowed an employer to take a tip credit only if:

Thus, a bartender — a traditionally tipped worker — could do no more than 20% of his or her hours engaging in traditionally non-tipped duties — like cleaning and washing bar glasses and dishes.

For a short period of time beginning in 2018, the 80/20 rule was abandoned and new pro-employer regulations were substituted. Instead, of the 80/20 rule, the regulations (which have been withdrawn and are no longer effective) sought to allow employers to pay employees the subminimum $2.13 wage if:

Examples might be where a waiter makes coffee, prepares simple food items, sets tables or engages in cleaning before or after engaging in wait staff service for the customer. The effect of these regulations was to allow employers to use tip credits even if much more than 20% of a tipped worker’s time was spent engaging in traditionally non-tipped work duties. Notably, not a single court adopted the now withdrawn regulations—despite the regulations, courts continued to follow the well-established 80/20 rule.

The new regulations have not been adopted yet, but they are expected to be approved. In addition to the above, under established law, employers may not pay the subminimum hourly wage for any time spent performing duties that are unrelated to the tipped occupation. Examples include, mopping floors, vacuuming, cleaning, restocking food, taking out the trash, or any other work that is not related to serving customers.

For more information, call the Employee Rights attorneys at Herrmann Law. If you think that your employer has violated your rights as an employee, call us. We are proven, experienced, employee-focused attorneys representing workers across the United States in all types of workplace disputes. Use our Online Contact page or call us at (817) 479-9229.

Where are my Credit Card Tips?Overtime Law, Wage Law 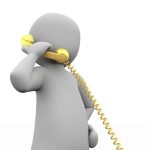