The Basis of the Wage Discrimination Lawsuit

This wage discrimination lawsuit claims that Interim Health Care established annual wage limits for female workers. The wage discrimination lawsuit also claims that a male nurse with two months of nursing experience was paid a starting salary of $29 an hour while a female nurse with 17 years of experience was paid at a rate of $28 an hour. Other nurses, the lawsuit claims, were similarly subject to lower payment rates. A supervisor is even reported to have claimed that she compensated workers according to experience.

How Interim Responded to the Wage Discrimination Claims

When Interim workers raised concerns about the wage discrimination and discrepancy to management, a supervisor told the workers to avoid discussing salary details. At a later date, a male nurse even offered to receive a pay cut so that his salary would be lowered to match female workers. Due to these actions and an incident in which the supervisor slapped a female worker on the buttocks, the lawsuit alleges that Interim was host to a hostile work environment. As a result of the supervisor’s actions, the lawsuit alleges, workers were forced to resign from the company.

How the EEOC Responded to the Wage Discrimination Claims

An attorney for the EEOC commented that the agency is still investigating exactly how the event occurred and is in the process of deciding whether the Interim corporate office should be held liable for the resulting damage. The agency has also commented that removing the pay gap between male and female workers is critical in states like Wyoming where women make on average 77 cents for every dollar that men do. Even years after the passage of the Equal Pay Act of 1963, the gender wage gap remains a substantial problem in the United States. Even in 2018, statistics reveal that women earned less on average than men.

How Cases are Made Under the Equal Pay Act

To establish a case under the Equal Pay Act, it must be shown that a worker was doing substantially equal work with a substantially equal skill set under similar working conditions and was paid a lower wage than other members of the opposite sex. After these requirements have been proven, an employer can raise several potential defenses including the existence of a bona fide seniority system, a merit system, the presence of a system that measures earnings by quality or production number, or any other factor that could explain the pay difference besides sex.

If you are a worker who believes that your employer failed to compensate you fairly or engaged in wage discrimination, you should contact an experienced wage and hour lawyer. At Herrmann Law, we have helped numerous workers pursue wage and hour lawsuits. Contact our law firm today to schedule a consult with one of our wage attorneys at 817-479-9229 or submit your information to us online and one of our wage lawyers will contact you. 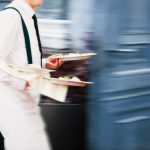 Too Much Side-Work? A Win for Servers.Employment Law, Featured, Wage Law 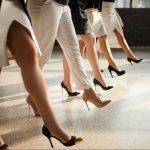