While many anticipated that the Texas legislature would pass legislation that prohibited these ordinances, the legislature failed to do so. Instead, the legislature became distracted by a disagreement that arose on whether city ordinances should prohibit discrimination on the basis of a person’s LGBTQ identity.

Despite the declaration of an Austin ordinance as unconstitutional by the Austin Court of Appeals, the Dallas and San Antonio ordinances on paid sick leave are scheduled to take effect on August 1, 2019.

Current Changes to the Law

In August of 2018, the Third Circuit Court of Appeals issued an injunction that prohibited the city of Austin from enforcing the regulation until pending legal matters were resolved.

In November 2018, the Court of Appeals declared that paid sick leave was unconstitutional.

A petition for review was subsequently filed by the City of Austin in the Texas Supreme Court. The decision of this case is currently pending.

Application of New Regulations to Employees

Any employee who performs at least 80 hours of work for compensation (within the above-named cities) in one year is covered under this new ordinance. However, independent contractors under the new regulation are not entitled to receive paid sick leave.

For medium or large employers that retain more than 15 employees, there is a yearly cap of 64 hours for each employee. Any unused sick pay time must be carried over to the following year, unless an employer makes the yearly gap of earned sick time available to work at the beginning of each year.

Sick leave can be used for an employee’s mental or physical health, injuries, or preventative medical care.

In Texas, as well as the rest of the country, it is important for restaurant employees to be mindful of sick pay laws.

There are several reasons why restaurant employers should honor sick pay laws besides observing employee rights. Some of the other advantages include:

In consideration of sick pay laws, some restaurant employers train staff so they become more versatile and can be perform a number of tasks in case a worker falls sick and needs a last-minute replacement.

Given these considerations, restaurant employees should remain observant about whether employers fully adhere to wage and hour laws and should further specifically note sick time laws. If a restaurant employer fails to follow sick pay laws, you should not hesitate to speak with a knowledgeable lawyer.

If you are an employee who received less than you deserve as a result of sick pay or any other type of violation, you should not hesitate to speak with a knowledgeable lawyer. 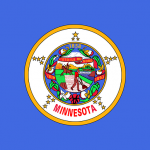 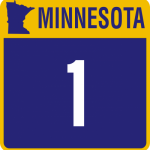